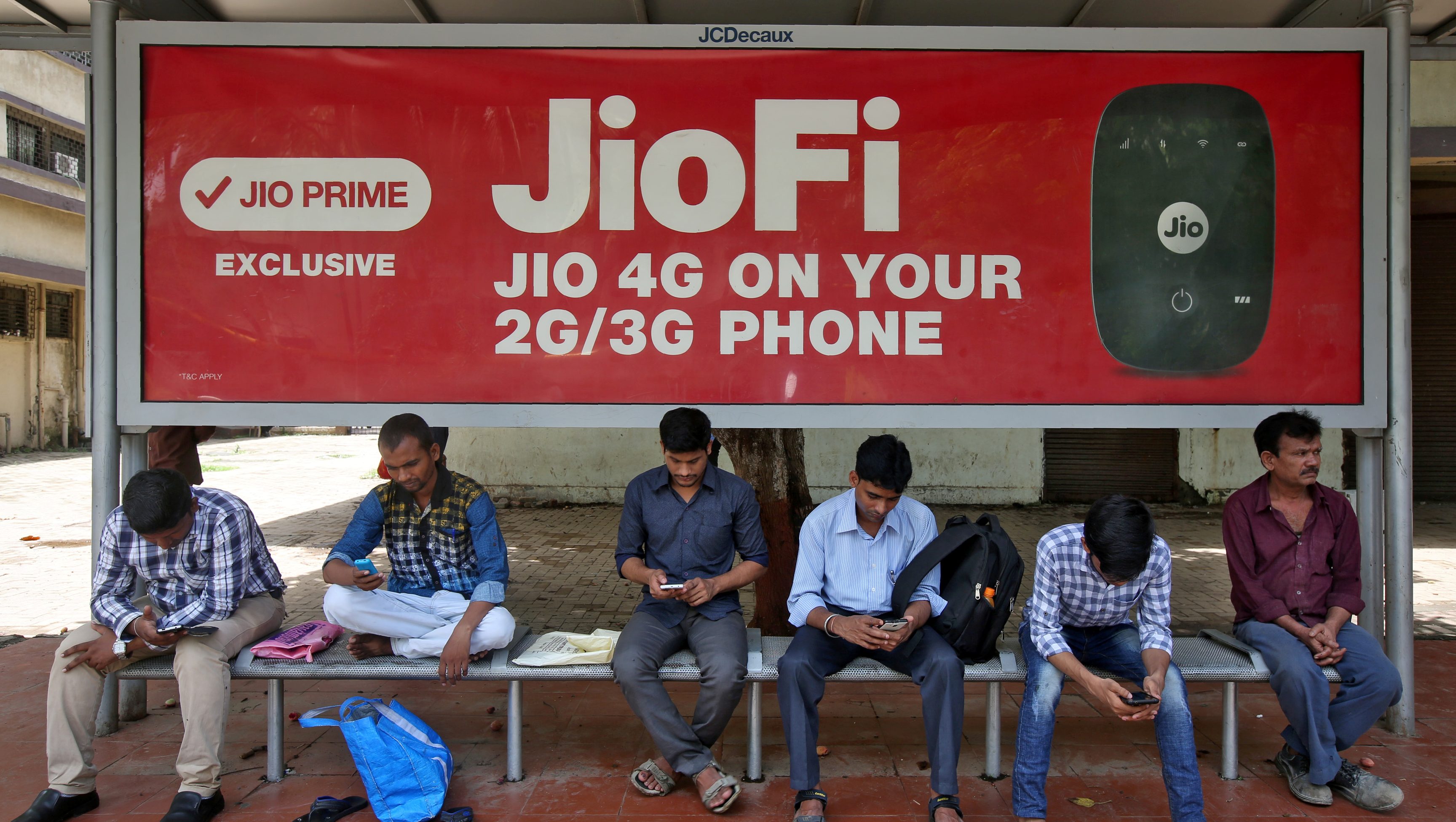 Are days of cheap data over in India?

The fear just got real for anyone who’s been closely watching the successful run of India’s digital dream over the past few years. Telecom majors Reliance Jio, Vodafone Idea, and Bharti Airtel have over the past few days said they may jack up tariffs soon due to financial stress.

Experts feel that more than consumers, it is the entire gamut of internet-based industries that have flourished in India in recent years that will bear the brunt.

“Social networking apps such as TikTok could see a drop in userbase and engagement rate. The bandwidth-intensive, gaming, music and video streaming apps will be the worst affected,” said Ami Shah, co-founder of a Mumbai-based social media marketing firm, IntelliAssist.

Over the past couple of years, Indians have lapped up all kinds of mobile apps thanks to cheap data. Myriad global players have found takers in the country. This includes video- and music-streaming apps such as Netflix, Prime Video, and Spotify, and social media or entertainment apps such as TikTok. Domestic firms like digital payments app Paytm, too, have had a field day.

“An increase in tariffs may deter users from spending time online and completely cut off the few who may not be able to afford the hike at all,” Nagesh Banga, deputy country manager of video streaming platform Bigo Live told Quartz.

Before Jio’s arrival disrupted India’s telecom industry in September 2016, Indians used data sparingly. With the company offering data nearly free of cost, other players were forced to slash prices. Eventually, there was an abundance of inexpensive data and consumption boomed.

Almost a year after Jio’s launch, average data consumption rose from around 1GB a month per user to up to 9GB, a 2017 report by digital media network Culture Machine and Kantar IMRB showed. Indians almost stopped monitoring data usage while streaming video, news, and music.

Besides, a different kind of userbase emerged from India’s tier 2 and tier 3 cities, the 2017 report said.

Digital payments skyrocketed and social video-sharing apps gained immense popularity. For instance, a majority of Tiktok users are from tier 2 and 3 cities. Half of Paytm’s userbase, too, comes from outside metros. A slew of internet startups from e-commerce sites Amazon and Flipkart to food-delivery company Swiggy and Zomato to hotels group OYO have introduced regional language support given the potential of these markets.

However, despite the world’s cheapest data charges, millions of Indians are still untouched by this digital wave. Jio itself has acknowledged that there are over 400 million Indians outside even the considerably expanded data and 4G coverage.

“Even though it’s ‘following’ the other two, Jio’s raising (of data) rates is significant, because this young operator is the price leader and disruptor and now a very big player,” said Prasanto K Roy, an independent policy consultant and a technology writer. “If it didn’t also raise tariffs, the other two major operators would have had very little wiggle room in raising their prices, if they wanted to stay competitive. With all three operators (the fourth, government-run BSNL, is irrelevant) raising prices, I’d expect to see a real increase.”

Notably, at over 330 million, Jio has the largest chunk of India’s mobile subscriber base. Vodafone Idea and Bharti together have half of the total 1.17 billion.

A silver lining for all

Some feel, though, that the hike won’t affect India’s ongoing digital growth much.

Operators could seek to increase the average revenue per user (ARPU) instead of just minting more money out of every call or gigabyte. “I’d expect to see tweaks in the packages that would encourage more consumption, and thus more monthly spend,” Roy said, noting that currently, the Indian mobile user spends less than $2 monthly.

When Jio began charging 6 paise per minute for calls to other operators, it compensated users by giving out more data. Telecom firms could raise the offerings in their minimum packages, giving out 2GB daily instead of only 1GB. This way, over-the-top services and social video-sharing could perhaps remain unscathed.

Industry watchers are also optimistic that the hike may spark innovation. Since Jio has created a perfect playground, hooking Indians to the internet with the data revolution it fuelled, it’s time for internet businesses to innovate.

“Both utility and entertainment providers will reinvent their business models,” said Shah. “Think of a new franchise business called the PUBG cafes or partnerships with high local brick-and-mortar entities for ‘download now to watch while offline’ or perhaps a new agreement with telcos itself.”

Meanwhile, the government has offered some succour to the battered firms. Yesterday (Nov. 20), it approved the plan to defer spectrum dues payment to the tune of Rs1.47 lakh crore till 2022.

“We want no company to shut its operations. We want everyone to flourish,” finance minister Nirmala Sitharaman had said a few days ago.