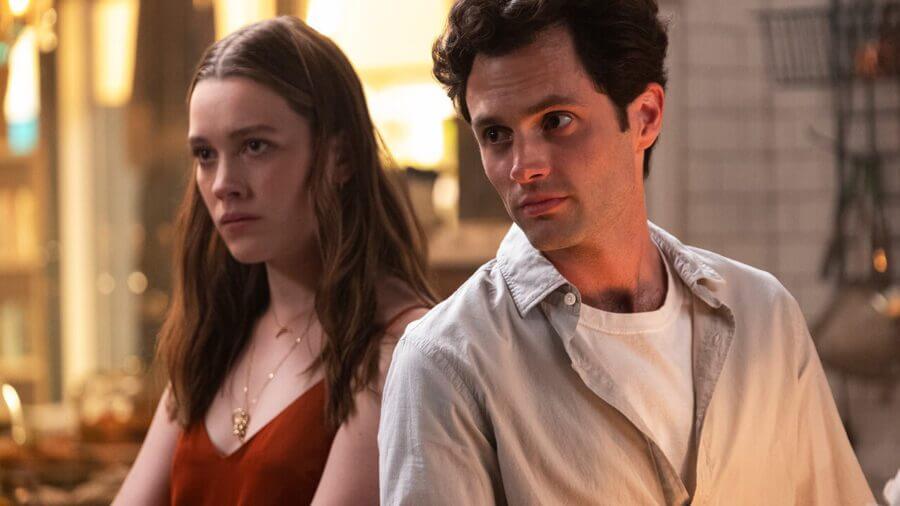 After another excellent season of You, it should come as no surprise that Netflix has officially renewed the series for a third season! There’s potential we could see the third season arrive at some point in either 2020 or 2021. We’ll be keeping track of all the information you’ll want to know about the third season of You, including the production status, casting news, trailers and most importantly the Netflix release date.

In less than a month Netflix has confirmed its commitment to You, by renewing the popular psychological-crime drama for a third season.

The second season saw a change of scenery for Joe, moving from the Big Apple that is New York to the Golden Coast of Los Angeles. Changing his name to ‘Will’ it didn’t take long before his new muse arrived, Love Quinn. Despite his determination to change his murderous way, naturally, people just seemed to die around Joe. A climactic finale left fans wanting more, and thankfully Netflix will be providing the goods eventually.

What to expect from season 3 of You

The second season saw a huge twist at the end of the ninth episode when it was revealed that Love Quinn, had murdered Delilah. Joe was out Joe’d by Love when she revealed she had been following him and knew of his antics all along, but loved him all the same. She also revealed she framed her brother, Forty, and killed his lover when they were teenagers.

Forty, unaware of his sister’s actions, attempted to protect her from Joe but ultimately lead to his death. Attempting to execute Joe, Forty was shot and killed by Officer Vasquez, who had followed Delilah’s sister to Anavrin. With Forty’s attempted murder and the Quinn’s money, Joe was wiped off the suspect list for Henderson’s death.

Moving to a home in the suburbs with a heavily pregnant Love, the third season is set up when Joe heavily hints his new muse will be his next-door neighbor.

Lead actor, Penn Badgley has stated that Joe will go looking to get back what was taken from him in his childhood.

When speaking to Entertainment Tonight about where the series head next (video embedded below) he unofficially suggests a third season is on the way.

With the books ending at two, a third season will see the largest leap yet away from the source material. Caroline Kepnes’ book Hidden Bodies was the inspiration for the story of the second season, and despite the series deterring from the main plot of the book, it was still a wealth of information on the characters. Caroline Kepnes’s only work since that release being Providence, a separate story altogether.

What else could we expect from season 3? We’re expecting it to keep with its increased love of violence which is partially allowed by Netflix’s freedom from advertisers. We’re expecting more big cameos such as Chris D’Elia who featured in season 2.

Showrunner Sera Gamble has stated that they do have plans for season 3 having said back in January 2019: “I will say that we have an idea for season three that is SO exciting that people talk about it in the [writer’s] room every day.”

Has You been renewed for season 3 at Netflix?

After taking over production from Lifetime, Netflix is the sole decider when it comes to renewing You.

Thankfully Netflix has delivered and a third season will be on the way in the near future!

According to our sources, season 3 of You is in “active development”, so hopefully filming will start soon. It also states that Greg Berlanti and Sera Gamble will remain the showrunners for season 3 and it’s due to be filmed in California.

The renewal for You was helped by the amount of money that Netflix earned from tax breaks by filming in California. Unless something drastic changes, it looks like Joe will be staying in California.

In the tax credit list, it states that Horizon Scripted Television Inc remains the production company and they received $7.2M in credits. As Deadline points out, however, “Receiving a tax credit does not guarantee a renewal but it helps secure one as it makes a series more advantageous financially.”

When will season 3 of You release on Netflix?

The most important question of all.

When could we expect to see You season 3 on Netflix?

With the extremely fast renewal and the quick turn around for the production of the second season, we can see You return to Netflix in Winter 2020.

Are you looking forward to another season of You? Let us know in the comments.