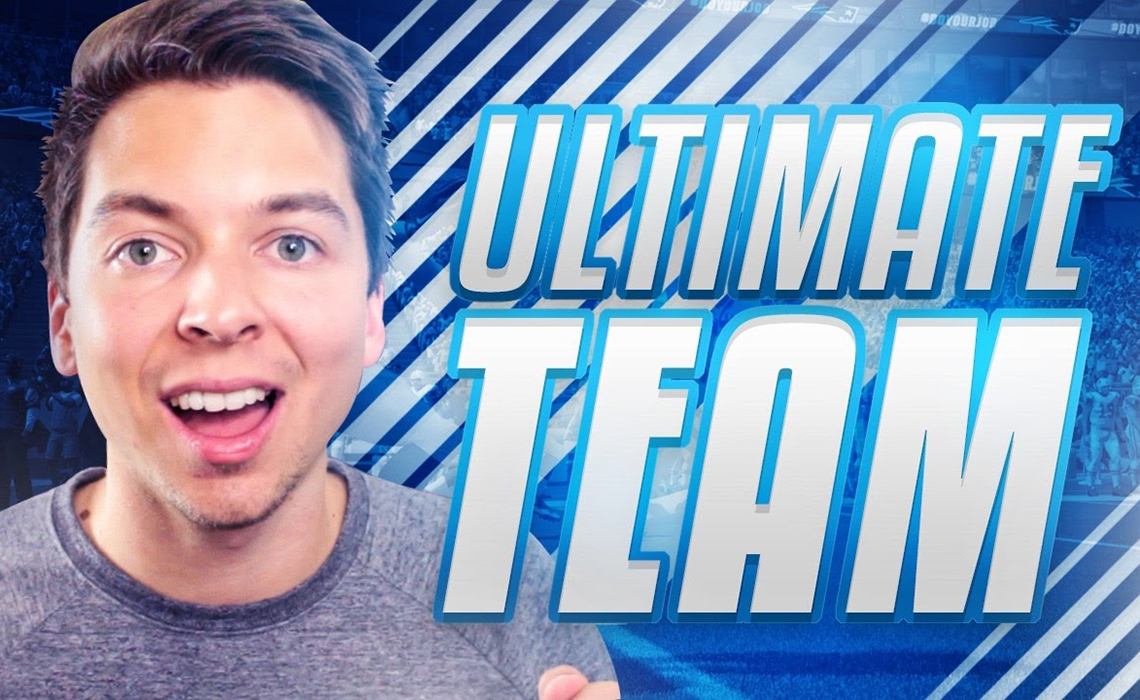 Some of TD‘s earliest memories involve gaming. He’s a lifelong fan–and not the only one in his family. When he first started watching YouTube videos, it was because he, his brother, and his dad were looking for ways to improve their Halo skills. But after learning how to level up, TD didn’t leave YouTube. Instead, he began following creators making videos about video games and his other passion: sports.

His first videos were collaborations with one of them–LostNUnbound. TD had an idea for a series that involved long-running football-focused video game franchise Madden, which updates each year to reflect all the actual real-life players currently in the NFL. He wanted to take the basic concept of board game Guess Who? and elevate it. He and LostNUnbound would each choose a player and, in turns of one question each, try to ferret out each other’s pick using football facts.

To TD’s surprise, the video amassed hundreds of thousands of views, inspired other creators to make their own versions, and resulted in a lot of comments asking the pair to make a second installment.

And, four years later, they’re still making them. But that’s not the only content TD produces. He’s filled his channel (which, of course, recently crossed the one million subscriber mark) with gameplay videos about Madden and NBA 2K, along with unboxing-esque reveals of his latest loot pulls. He regularly uploads multiple videos per week, often about the games’ newest content, and it’s a strategy that has him pulling in between 5 and 10 million views per month.

At the beginning of this year, TD took some time off to deal with health issues, but now he’s getting back into the swing of things–and he has big plans for 2020.

Check them out below.

TD: It’s been over a month, and honestly, it still doesn’t even feel real yet. Maybe once I get my gold Play Button from YouTube, it will finally hit me. I want to tell my fans that I’m forever grateful for their support, and hopefully that when I hit milestones, it motivates them to work hard and chase their own dreams. If I can do it, you can too!

Tubefilter: Tell us a little about you! Where are you from? What did you do in ye olde days before YouTube?

TD: I grew up in the great state of Wisconsin. I spent a lot of time with my family, traveling all over for AAU basketball and, of course, gaming.

Tubefilter: How did you fall in love with gaming? What made you decide to bring that love to YouTube?

TD: I’ve played video games since I can remember, so it’s been my love since day one, lol. The game that took this to the next level was Halo. I remember going on YouTube and looking up hiding spots so my dad, my brother, and I could troll enemy teams. We would get up like five to three in a game of Team Slayer, and then hide for the rest of the time. The other team would never find us, and they would be so mad after the game. Those were definitely some of the best memories of my life and what introduced me to YouTube.

Tubefilter: We understand you’ve been having some pretty serious health issues, so sending you good vibes! In the times when you’re at your usual production level, what does an average day look like? Do you work on videos every day?

TD: I appreciate that! I’ve dealt with a blood disorder my entire life. Despite being an inconvenience, it has taught me to work through adversity and be thankful for the little things. On a normal day, I wake up in the morning, go to the gym with my roommate Walker, work on a video in the early afternoon, and then my nights are usually pretty free. I try to work on videos every day.

TD: When I first started, I just wanted to give people something different to watch. I came up with a series idea called Madden Guess Who? I did this with another YouTuber named LostNUnbound, and it did extremely well. Also, instead of using the best teams like everyone else, I would do themed squad builders, challenges, and even incorporate myself playing the sport in real life.

TD: Yes. For the first two years, I wasn’t making much money from it, so I worked about 30 hours a week at Best Buy and spent probably another 40 hours a week on YouTube work. Once I got over 100,000 subscribers, I quit Best Buy to do YouTube full-time. I feel extremely lucky to call it my job.

Tubefilter: What’s your production process like? How long does the average video take you to make, from conception to posting?

TD: It really depends on what video I’m trying to do. I would say on average, about four to five hours. It takes me about 90 minutes to record, the editing process is usually a bit longer, and then I have to come up with a thumbnail and title. I enjoy the process, so I’ve never hired anyone to help me.

TD: The messages I get from people saying I’ve helped make their days better. When I was growing up, if I ever had a bad day, I would go straight to YouTube to take my mind off things. I loved watching KSI and Miniminter, and I always wanted to create content to try and make people’s days a little bit better.

Tubefilter: How have you been growing your audience? Have you tweaked your content at all to attract viewers, or have you kept your content steady and figured that if you filmed it, viewers would come?

TD: I definitely tweaked my content over the years. I remember I was scared to show my face at first, but now I show my face in every single video. I think it’s important to be your own biggest critic and constantly try to improve.

TD: I would say my goal is to work as hard as I can and post as much as I can. That being said, I don’t want to get complacent, and I want to push myself to post more IRL basketball videos, forfeits with Walker, challenges, and unique video ideas. I feel more motivated than ever, and want to show that in my work.

You can add yourself to the ranks of TD’s more-than-a-million YouTube subscribers at his channel YouTube.com/TDPresents.